Where does the word ''Acadie'' come from?

The first written connotation of "Acadie" as such, appears at the time of the initial Royal French charter of 1603 where one could read: "...For the settlement of the lands of La Cadie, Canada and other sites of New France".

In fact, when Samuel de Champlain and Governor DeMons, leading a fleet of three ships, reached the Nova Scotia coast in May 1604, only one other area had been settled by Europeans in America; the Spaniard's possession of Sainte-Augustine; Florida.

With remarkable aptitudes, the French newcomers found the resources to open their mind and heart to the Mi'kmaq ways, composing with these peaceable and totally sovereign nomadic inhabitants. Overcoming the communication barriers, friendship was mandatory in order to survive in a world totally different than theirs. The terrifying experience of winter, a Nature so vast and unpredictable to the European countrymen that they were, they may not have survived without the Native's compassion for the well-intended visitors, and later, the everlasting companionship between the two groups.

A year later, Champlain's "Order of Good Cheer" was organized which was a periodic and regular feast where Natives and Europeans rejoiced and celebrated Life, as one, in and around the Port Royal's very first habitations.

Whether we refer to it as "Arcadia"; that fabled Greek region, famous for its landscapes, its trees "of heavenly beauty", (of which the "r" eventually fell to make ''Acadia''-according to Ganong) or, from the Native's "katik" meaning "land of abundance", (that the French pronounced "Cadie"), or a coincidental combination of both terms from the old and the new world, the entity of Acadie was born for a grand fate.

Click here for more on the origins of Acadians:
Thus, one cannot speak of an "Acadian" until a child is born of either two French parents or a French and a Native parent in this territory known as La Cadie in the 1600s.

A great people with a destiny as tragic as it is illustrious. The recollection of the History of Acadie is as complex as it is fascinating... 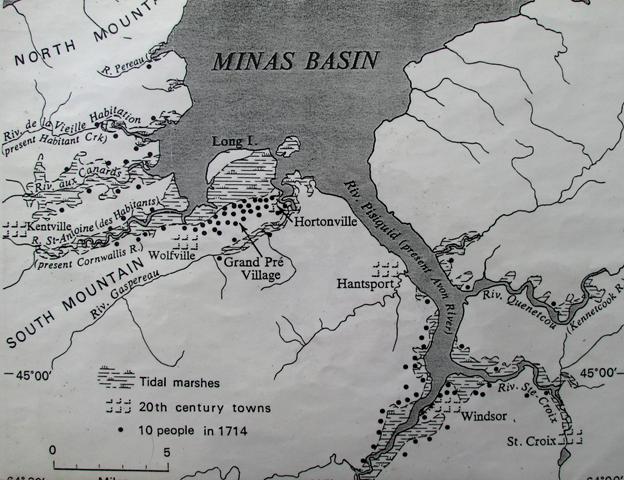 Either referred as French Neutrals, sometimes as Métis, this group has achieved wonders that indeed have not been fully understood yet. As John Erskine stated in his paper entitled "The French Period in Nova Scotia A.D.1500-1758 and Present Remains"-" Innumerable histories (contemporary French and English) cover these periods, but unfortunately, most of them are tainted by chauvinistic attempts to prove the excellence of one nation or the other." Thanks to archives, research of original documents reveal to us, bits and pieces at the time, of their intriguing and certainly fabulous legacy.

One can only sense a strong web of kin relationships, the outmost dedications that forged the identity of the Acadians who were the dominant group of Nova Scotia from the 1700s on.

As a result of their dykeland culture; the building of hundreds and hundreds of miles of levées,(dykes) and the leaching of the salt from the reclaimed marshes soil (aboiteaux), fabulous quantities of rye, oat, wheat, barley, peas, beans, cabbage, flax etc. were grown. Cattle, pigs, sheep, chickens and horses were all raised, plentiful enough to be exported. The wealth of the Acadian gardens was recorded as well: "beetroots, onions, carrots, chives, shallots, turnips, parsnips and all kinds of salad" were grown. They are also attributable for the introduction of apple, plum, pear and cherry orchards that surrounded their sheltered hamlets. Milk was a common drink, but they made wine and cider to complete their diets. They fished and hunted in the land of plenty, which they travelled sturdily by land certainly, although the water ways were the main fashion of commuting.

In parallel to their catholic practices, there was always music and dancing in the proud communities, stories and legends were recounted while a subtle process was happening. The Acadian sense of community became such during its endured evolution, and its Golden Age, that they were to reject assimilation to other cultures in the decades of exile following the Deportation.

Over two and a half century after the dispersion of its people, one can still observe that sense of solidarity between the many pockets all over the world, trying to reunite; somehow recreating a form of marvellous... The "Congrès Mondial Acadien" certainly attests of that profound need, in reassembling in a given area, every five years, some kind of "Olympic celebrations" of their survival and "Joie de Vivre". The entire world can only admire such vitality and pride.

But back in 1755, the sad saying of "man's inhumanity to man" was to apply in shattering manners to this chapter of the History of the world, for it will soon carry the imperial forces of the time (Britain and France) to war over "ownership" of this valuable land of abundance, thus, eventually driving a mass of people in an undeserved trail of misery.

As History often is written with blood, Acadie stands proud over and above much of mankind's lowliness, for its refusal to ever taking part in it. They were the "French Neutrals"...and rose above war.

Although much of it has been studied and written, recreated in many forms of music, theatre, and cinema shows and from many diverse angles, it is still impenetrably attractive. More and more people from all over the world agree to say that, the "assemblage" of its historical facts, provides us with essential tools to grasp man's relation with his own kind and the relation man must have with Nature. Tools much needed in our times of uncertainty. 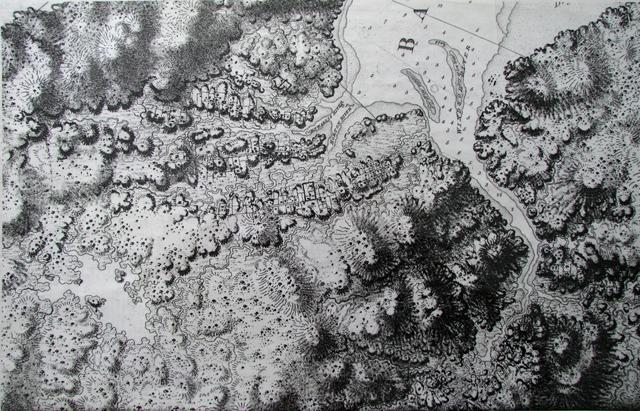 The Acadians imprisoned on Georges Island in Halifax. The link, below, opens to the Internet page of Les Amis de Grand Pré. In the column to the right, you first see the link to the French article by Ronnie-Gilles LeBlanc & then to his table listing the households. Below that, inside the red box, is the English translation of both documents. (For the translation, Ronnie-Gilles provided me with a few corrections to his original French article.) The site also contains links to many other pieces & sites you might like, including an item on Caraquet.

The Acadian refugees at Camp de l’Espérance on the Miramichi River. Four files, 2 in English, 2 in French. Each pair includes the article itself and a table showing the families. (The French version is Ronnie-Gilles LeBlanc’s revised edition of his original publication, while the English version is my translation of this new edition. Ronnie-Gilles worked with me on the translation.)

This third item might interest you too. It is about the company of Acadian soldiers that participated in the unsuccessful attempt to extend the American Revolution to the present-day Maritime Provinces of Canada, in 1776. (The so-called Eddy Rebellion.) Their main military engagement was an unsuccessful attack on Fort Beauséjour, in the area of the former Beaubassin.

We had the best day of our cruise ship trip spending the day with you and learning more about my Acadian ancestors and their extended family. I have devoured every book you suggested and wish that I had purchased more. Your insights were incredibly meaningful. I look forward to spending more time together on a future trip. Thanks again from Jon and me.