On this new edition of "Our Great Acadian Heritage Tour in France" we visit the places of most significant meaning for the descendants of many pioneers of a
great culture in America… but much more!

We travel on the footsteps of these men; women and children who chose to leave everything behind and turn their heart west-wise, to New France in the seventeenth and eighteenth century! 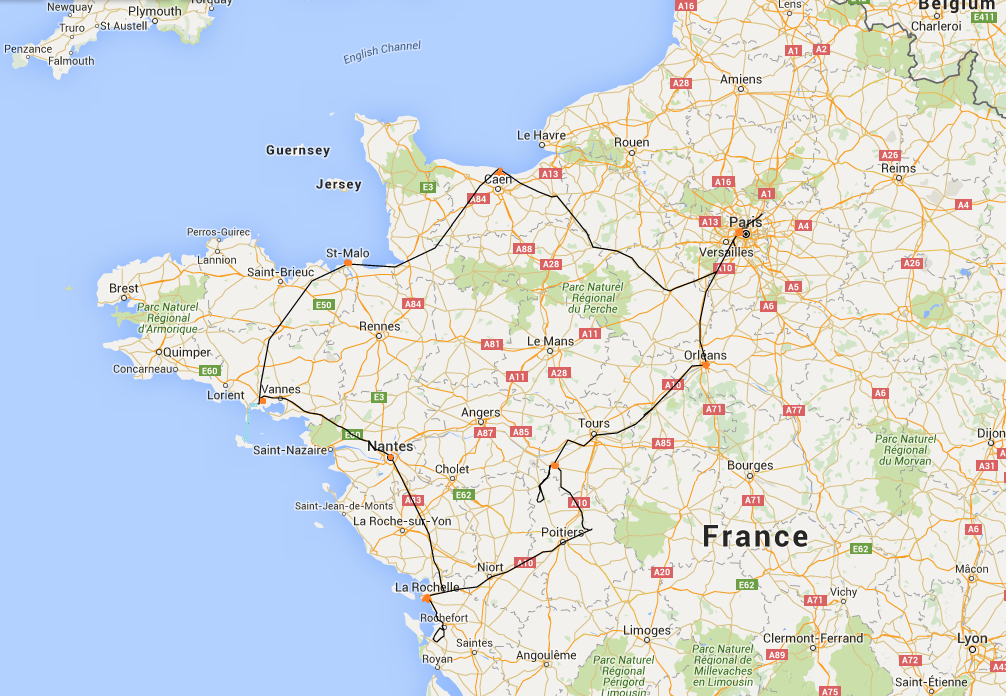 Their landfall in the New World was Acadie!
123 years of self-sufficiency against all odds, even reaching a ''Golden Age'' of material and spiritual accomplishment against super powers who never quite grasped the essence of their inner visions as a strong, inspired and loving community. The cruel deportation (1755-64) failed to break this unique colony apart but managed to scatter several thousands of them all over, I guess you know the gist of the Story... 265 years later, the children of Acadie are found within 3 continents. Their unnameable strength and the love for this ''extended Family'' still very much alive all over has surely been the product of the original characters they inherited from the start; France and its rich heritage.

It is this very land of origins that calls us now, as Novacadie proposes to walk within the villages where many were born, such as LaChaussée, Martaizé, LaRochelle in Poitou-Charentes, the churches where they prayed before leaving, the harbors that saw them leave for a new world where dignity awaited them, but also, the regions where many were forced to return during and after the Deportation. Such regions as Saint-Malo, Nantes and Belle Ïle-en-Mer in Brittany, Châtellerault, Archigny, la ''Ligne Acadienne'' and others, we will experience, eyes and heart what they saw and felt…but, with all the comfort we've come to expect of the 21st century. Not to worry.

This tour experience is likely to be for many of you, the fruition of years of historical and genealogical research, if not of your own Family heritage, certainly of the very essence of Acadie itself. But, as noble as it may be, one does not go to France just with one focus in mind, this country needs no fabricated and artificial reasons to draw us, let's face it! So, we say:

-Yes! to the finest medieval and Renaissance castles and cathedrals in the world!
-Yes! to some of the finest cultural and natural wonders on earth!
-Yes! to the Normandy coast where our grandfathers liberated Europe and the world from the Nazi!
-Yes! to this huge capital of sympathy & deeply felt apreciation France has for us north Americans!
-Yes! to the indescribable pleasure of the best food and wine to men!
-Yes! to Paris the great!
-Yes!